These vehicles were researched at the request of Aki Energy in January 2015, which wanted to purchase an electric vehicle suitable for its activities in Garden Hill First Nation in northern Manitoba. 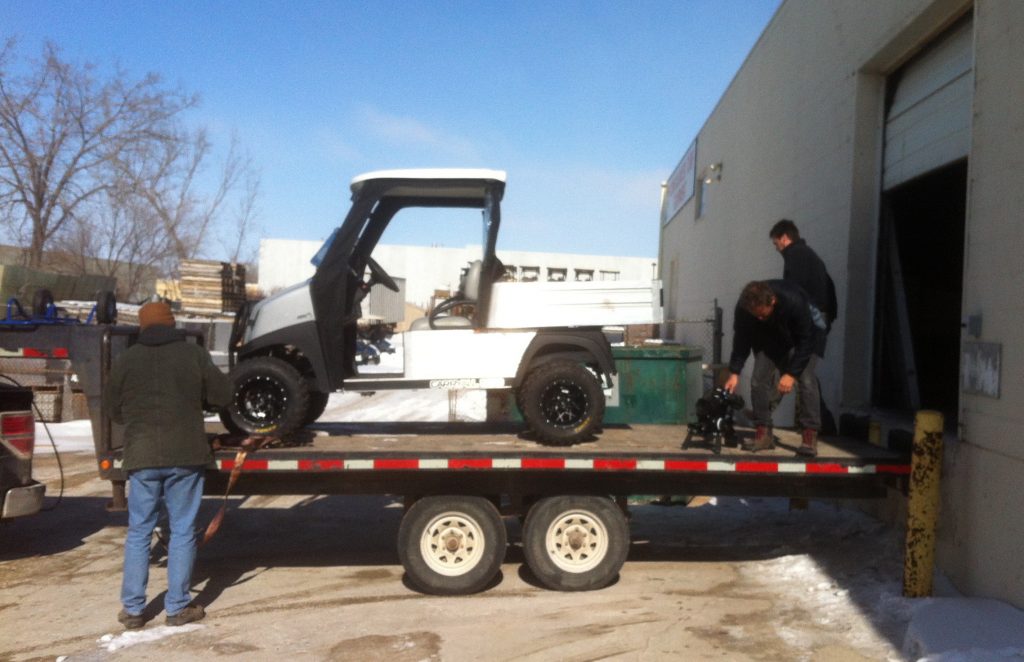 Because gasoline and diesel have to be shipped in on winter roads, they are expensive in Garden Hill. The operating-cost differential between electric and fossil-fuel powered vehicles is higher than it is in Winnipeg, and it’s not significantly altered by fluctuations in the price of crude oil. Because the community doesn’t have an extensive road system range anxiety won’t be an issue. Finally, because the community is on Manitoba’s electricity grid, and virtually all of Manitoba’s electricity is generated by hydro power, an electric vehicle fuelled and used in this community doesn’t contribute to greenhouse gas emissions.

Given the nature of the roads in the community, electric and hybrid cars designed for on-road and urban use weren’t considered. Off-road industry manufacturers are developing an increasing variety of electric vehicles. Some of these manufacturers are large companies; some are startups. The manufacturers tend to have expertise in one or more of the following vehicle product categories:

Because none of these exactly match the intended use, an estimate had to be made on which products would fit best.

In addition to price, we developed a number of criteria to help sift through the vehicle options:

The vehicle was used in the summer of 2015 for a farming and food project in the community.